The Southern Cricket Holiday Program has been a long running and successful training program run throughout the school holidays.

Recently we decided to tweak the format and launch the new Southern Cricket Festival. The Festival combines the skills and drills of previous training programs with matches, both indoor and outdoors. We have also brought our new batting simulator, BatFast, into the holiday program to provide players with a series of fun and exciting challenges that will run alongside the ProBatter.

Our next Southern Cricket Festival:

Our next Festival is scheduled for the Summer school holidays. Each day will run from 10am to 4pm:

Book now – and take advantage of our special.

Our next Festival is scheduled for the Summer School Holidays

To secure your place either book online or contact us on 08 9310 2670 or enquiries@southerncricket.net.

The Southern Cricket app is the best way to book our nets on the go. Download from the Apple App Store or Google Play. 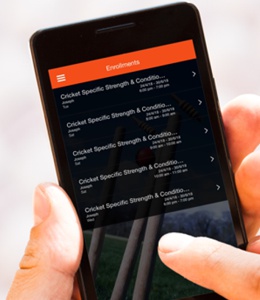